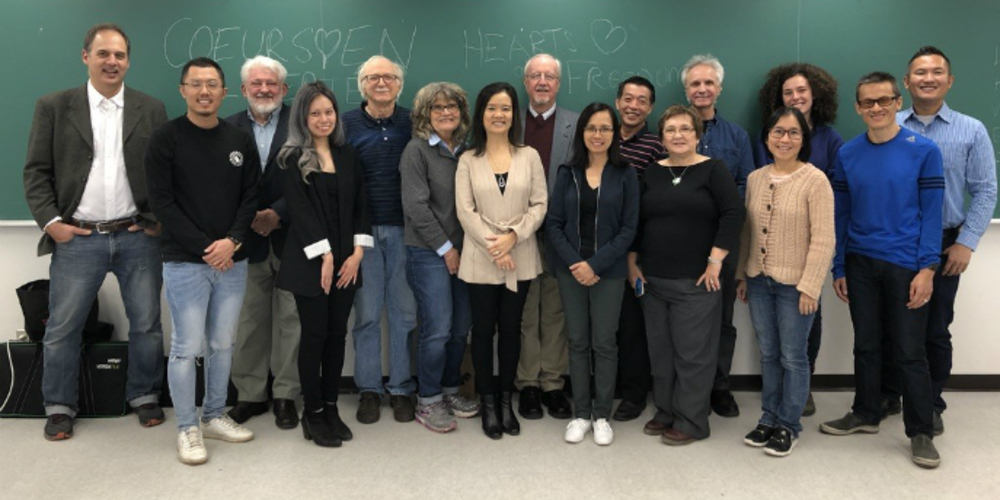 Between 1975 and 1980 Canada resettled 69,200 South-East Asian refugees. This project aims to ensure their experiences will be preserved for generations to come.

Dr. Stephanie Stobbe, of CMU's Menno Simons College, together with a team of four senior researchers, has been awarded major funding to complete a three-year research and preservation project that will span the country.

The Canadian South-East Asia Refugee Historical Research Project: Hearts of Freedom, is a highly coordinated initiative concentrated on documenting and disseminating the history of South-East Asian refugees in Canada. The project, launched back in Fall of 2018, is being sponsored by Heritage Canada; Immigration, Refugees and Citizenship Canada (IRCC); and the DeFehr Foundation.

Heart of Freedom's main focus will be capturing for posterity the stories and experiences of Vietnamese, Laotian, and Cambodian refugees who came to Canada between 1975 and 1985. However, Stobbe says that telling the full story means capturing testimony from all spheres of involvement, including "government and private decision-makers."

"The stories we've heard so far have been fascinating. This was a historic movement where there were collaborations between municipal, provincial, and federal governments, NGOs, businesses, and citizens to resettle refugees. We want to preserve these stories and have them become a part of Canadian narrative," Stobbe says.

To date, the Hearts of Freedom team has completed more than 100 interviews in Ottawa-Gatineau, Montreal, and Toronto, with notable subjects including Michael Malloy (Government Coordinator of Indochinese Resettlement), Howard Adelman (Operation Lifeline), and William Janzen (MCC Canada), among others.

Many of these interviews will eventually become part of a documentary. The team is currently working with a former CBC producer to realize this goal, but the film, expected in 2020 or 2021, is just one item in a larger body of planned work for public dissemination. Other tangible results include a website, called heartsoffreedom.org (live now), a book, new high school curriculum (both expected by 2021), and of course, a battery of research papers for publication in academic journals.

A management committee provides overall direction for the project, keeps community stakeholders informed, and represents the grassroots constituency that gives Hearts of Freedom its vocation. Members from all three communities—Vietnamese, Laotian, and Cambodian—are included. This committee will also receive support and guidance from assorted museum advisors to the project.

Now sojourning in Winnipeg, the team have slated a fresh batch of interviews for October with subjects including Arthur DeFehr (former President/CEO of Palliser), John Wieler (former MCC), and the honourable Lloyd Axworthy. Hearts of Freedom is actively seeking further funding to support their ongoing work, which takes them next to Vancouver, Edmonton, Calgary, and Halifax.