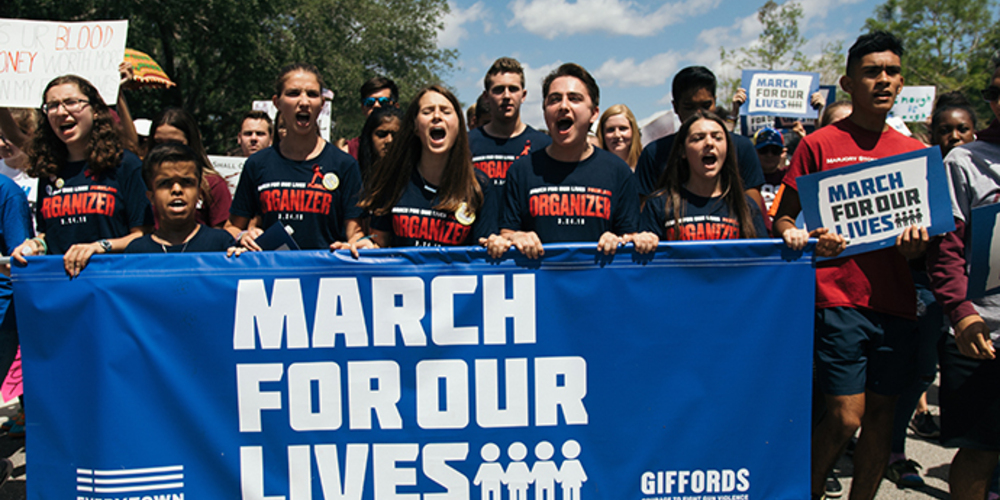 Can a protest march really make a difference?

Last month, on the weekend of the massive March for Our Lives protests in the US, the media asked, what does a protest march do? Will it really make a difference?

I am reminded that that is what our field, peace and conflict studies, is all about – studying pathways to peace, particularly the impact of nonviolent protest.

So what do massive demonstrations do? Well, they have many important functions for social movements from raising public awareness of conflict and articulating demands to recruiting new members and developing movement infrastructure. So they may have long term impacts as well as short term impacts. For that reason, I think it is important to look at our peace history.

In the 1980s, I was involved in massive peace movement protests against nuclear weapons and for the end of the Cold War. I learned in my peace and conflict studies courses that the Reagan government was heavily influenced by US and European nuclear disarmament demonstrations. In his 1993 book Peace Works: The Citizen's Role in Ending the Cold War, David Cortwright concluded after interviewing former Reagan officials that the grassroots pressure created a climate in which arms control and restraint became possible.

Based on interviews with Reagan era officials, American historian Lawrence Wittner stated in a 2000 article for the Boston Review, "On the night of Reagan's "zero option" announcement, Richard Burt, assistant secretary of state, told Mary Kaldor, a leader of the European Nuclear Disarmament campaign, with a chuckle, that "we got the idea form your banners. You know, the ones that say No Cruise, No Pershing, No SS-20."

In response to the FREEZE movement's demand for a bilateral freeze,  a simple verifiable, confidence-building first step towards arms control and disarmament,  Reagan proposed a zero-zero proposal for intermediate nuclear forces in Europe. It called for deep cuts in Soviet weapons and only moderate cuts in US arms. The Reagan who campaigned in 1984 was substantially different from the one who took office in 1981, according to peace researcher Elise Boulding, in her book Cultures of Peace: The Hidden Side of History.

By January of 1984, Reagan announced his intention to resume arms control negotiations with the Soviet Union and was defensive about not meeting with Soviet leaders. He no longer spoke of winnable nuclear wars. Reagan became convinced that "nuclear war cannot be won and must never be fought," that a system of mutually assured destruction was morally intolerable.

David Meyer and Sam Marullo (1992) found social movement organizations contributed to the transformation of Eastern Europe and the Former Soviet Union by constraining government activity and supporting alternative policies that helped to create a posture of conciliation from the West which, in turn, gave Eastern reformers room to operate.

This account is different from "conventional wisdom," that the nuclear disarmament breakthroughs of the Reagan era (the INF agreement that eliminated intermediate range from Europe – and START I that reduced United States and Soviet strategic nuclear arsenals) resulted from the Reagan administrations' nuclear buildup of the 1980s. Former President George Bush claimed in 1992, "We said 'peace through strength,' and it worked." But former Soviet leaders Chernyaev, Dobrynin, Gorbachev all denied becoming overly awed by American military might (Wittner, 1993).

So, as we reflect on the importance of Saturday's marches, let's draw on our peace history.  Remembering the impact of our collective action normalizes nonviolent responses to conflict. If we look at our peace history, we see nonviolent protests have been used successfully for thousands of years.

Curious about the books and authors Dr. Snyder references? Here's her bibliography:

Meyer, David and Sam Marullo. 1992. "Grassroots Mobilization and International Politics: Peace Protest and the End of the Cold War."  Research in Social Movements, Conflicts, and Change 14: 99-140