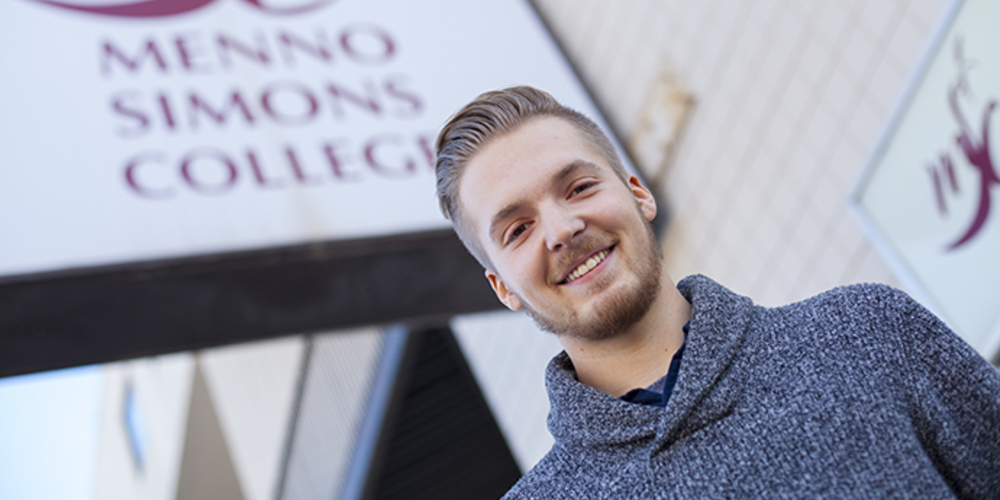 It started with a conversation with his father.

Now, after three years of working toward an Environmental Studies degree at the University of Winnipeg, 21-year-old Nick Taylor is adjusting course.

"We were discussing pipelines, the oil sands, and environmental justice, and he asked me if I'd considered a future in foreign service," Taylor recalls. "I spent the rest of that night researching jobs online, and everything pointed to having an International Development Studies degree."

MSC's practicum requirement is what drew him in, he says, adding that the chance to work and learn cross-culturally is exactly what he was looking for.

Though he's only one semester into a double major, Taylor says it's been an awesome transition.

"This is the most at home I've felt in university. Everywhere you look people are happy and interested to know you."

His classes have been pleasantly surprising, he adds.

"I just did a 1,000-word essay on Tajikistan, which I never would have even looked at on a map. It's really interesting to learn about places and ideas you may have overlooked, or not considered before."

Asked about the intersection of IDS and Environmental Studies, Taylor says it's important to make positive environmental policy changes for development now, while we have the chance.