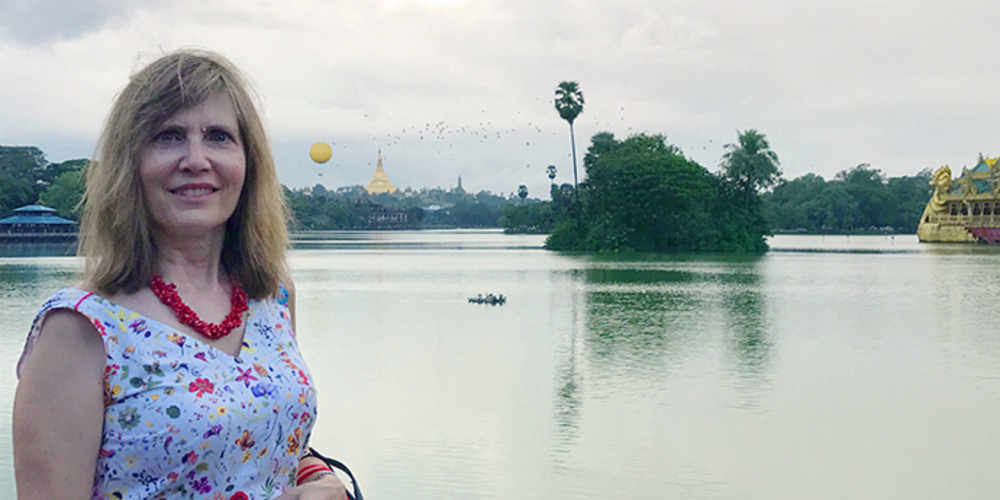 The Rohingya crisis in context

I was in Myanmar several months ago in October of 2017 doing research on the role of diaspora, especially women, in the ongoing peace processes. While I was there I spoke a little bit to the ethnic minorities I interviewed about the Rohingya crisis and I learned a few things about the perspective of ethnic minorities in Myanmar on the crisis. I'd like to share some of what I learned but I want to clarify that I am no expert on the ethnic cleansing or the current agreement for their return and so direct people to news sources including Irrawady News, a Myanmar based news source. I also want to clarify that by sharing one indigenous perspective, it's not my intention to downplay the horror of the ethnic cleansing of the Rohingya, the egregious violation of human rights. And although everyone I talked with in Myanmar struggled with the international condemnation and how to approach the rights of the Rohingya in Myanmar, no one I spoke to supported the military's campaign to destroy the Rohingya people.

The thing is, the ethnic minorities I spoke to feel there are lots of important stories about what is happening in Myanmar right now. During the past fifty years of military rule, the international media rarely covered the armed—and political—struggle of the many ethnic minorities in Myanmar against the military regime and for self-governance, land rights, economic development and also cultural and religious preservation. For the last 50 years, indigenous groups like the Chin, the Karen, the Karenni, the Mon, the Shan, and, notably, the Rakhine (so many groups and subgroups), have been systematically forced off their land or forcibly relocated, their villages and their way of life destroyed through many violent means. Women have been terrorized by rape, something that is well documented by the women's groups I study. They have experienced starvation. For decades, Myanmar was one of the only countries in the world that practiced forced labour, according to the International Labor Organization. And, of course, there have been countless deaths. Some are calling the military regime's fifty year campaign against the Karen, genocide.

Instead, for many years, international news coverage focused on the nonviolent struggle for democracy led by Aung San Suu Kyi and the National League for Democracy (NLD). There has been so much hope for all parties as the military opened up the country and allowed for elections, even the 2016 election of the NLD. Few would have thought even five years ago that Aung San Suu Kyi could ever be the nation's state counselor. There is no denying, this was breaking news. And Aung San Suu Kyi remains a beacon of hope, despite international condemnation. Everywhere I went in the country, whether the people were Bamar (the majority ethnic group) or ethnic minorities, they had pictures big and small of Aung San Suu Kyi in homes, in businesses, in the streets.

But the ethnic minorities I talked with wonder where has the international media been over the last 50 years as they suffered mass human rights violations? And where is the international media now as they wage a political struggle for ethnic survival through the peace processes? Seventeen Ethnic Armed Organizations, including the Rakhine, as signatories and as non-signatories of the peace agreement, are currently negotiating their role in the future governance of Myanmar. Hundreds of indigenous leaders, men and women, are being trained on what federalism looks like. They spoke about the daunting and complex task of gaining their rights to self-governance, to land, and their rights to practice their cultural and religious beliefs after decades of armed conflict. Who will end up with their own states? What will the military and the majority Bamar government allow?

The ethnic minorities I spoke to would have us keep in mind that there is so much trauma in Myanmar, both historical and contemporary. And they reminded me that the Rohingya struggle for citizenship, for rights in Myanmar, the ethnic cleansing is taking place in a context where many indigenous communities are also struggling for their rights, set against each other in a competition for their survival as peoples.